Vale Thumper, 2006, most beautiful of bunnies

Allen Lyne lives in Adelaide, South Australia with his wife, Sandra.
He has had jobs as varied as truck driver, Royal Australian Navy seaman, grape picker, as well as actor, writer and director for theatre, film, radio and T.V. and lecturer in Drama at Adelaide University.
Allen is the author of 39 plays that have been produced in various parts of the world. Most of his plays have been written on commission or while he was part of a theatre company.
His children's stories have been produced on Network Ten's television program Mulligrubs in Australia and other countries.
Allen and Sandra currently own The Bearly Together Company, a comedy dinner-theatre company that tours Australia. Bearly Together also produces original children's shows.
A Handicap for the Devil is Allen's first book and not his last. He believes that laughter is essential for health. 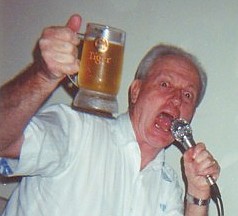 THE WINDS OF CHANGE

THE DRAGON WHO BURPED

LITTLE MISS MUFFET TOUGHS IT OUT

THE STORY OF STORIES

THE TALE OF A WHALE IS A WHALE OF A TALE

OFF WITH THE FAERIES

THUNDER ACROSS THE REEF

ONKAPARINGA – STRAIGHT FROM THE HORSE'S MOUTH

WHEN THE TALKING STOPS

Those favourite themes are explored:

How many things can go wrong at a Christmas Dinner?

Can Basil get the door unstuck?

What did happen to the decorations?

Will the Americans get a Waldorf salad?

What happened to the hamster?

The chef is so drunk he can't stand up, and all of the local gourmands have arrived for dinner.

How will Basil cope?

Can Manuel really cook curried spam with rice and Herrings In?

Will you get dinner at all?

Can Sybil keep the lid on things in the kitchen?

Is Pavarotti really in the audience?

What is the Spanish word for donkey?

O'Reilly's Plummer's Mummer's Troupe has failed to turn up.

Can Basil and Manuel organise a Mummer's Play?

Will the audience help?

Can we find the Maypole?

Whose sleeve is green?

Is King Arthur a square?

Will the Germans in the room declare war?

THE WEDDING RECEPTION FROM HELL

Basil and sybil have decided to take weddings and receptions at Fawlty Towers.

YOU are invited to the trial run to see how it all works.

Will the bride turn up?

Will the drunken uncles go the knuckle?

Can Manuel tell the difference between champagne & champignons?

What did happen to the wedding cake?

19th century. Set at the reading of the will of the late Sir Marmaduke Marmaduke.

A school reunion centenary dinner with a difference.

Chicago Gangsters gather to find out who is de boss.

Who murdered the chief of the KGB? Set at the Russian embassy.

A CRUSHING EXPERIENCE   (Murder at the Winery)

Murder at the winery.

You can produce any of these shows on a royalty basis. Bearly Together franchises are available nationally and internationally.

If you are interested in any of the above material, I can be contacted in South Australia on 08 8327 4142 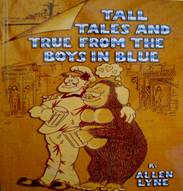 "Tall Tales & True from the Boys in Blue"--a collection of stories from and about the men of the Royal Australian Navy. I served in the navy from 1960 to 1972 and paid off as a Petty Officer Underwater Control. These are some of my stories and some from my Brothers-In-Arms. Most of the stories are funny, told with that great good humour that sailors possess. A few are sad or a little more introspective. Whatever the genre, they all reflect the ethos of the navy--the mateship and the humour.This is a book that every ex-sailor will want to read. But so will a lot of civilians who wondered what it was like out here on the wide blue sea with the sailors of the Australian navy.

Available from the author as a paperback.

$30 which includes postage and handling anywhere in Australia. 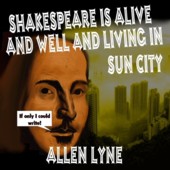 Jeffrey Case is a taxi driver who wants to play Hamlet.

Jeffrey is called in as understudy at two hours' notice and gives the most execrable performance of Hamlet in the history of theatre. Shadowy figures observe the performance. There are consequences.

In a high-rise apartment building a number of people reside. All of them are costumed as characters in Shakespeare's plays. The man living in the penthouse looks and dresses like Shakespeare. Strange chants and imprecations come from windowless room on the second floor. Mysterious ice cream vans arrive and depart this location.

Jeffrey Case stumbles into a nightmare world of drugs, sex, magic and Shakespeare as he tries to unravel the mystery of the severed head and the two-hundred thousand dollars mysteriously left in his taxi by the beautiful redhead in the silky green dress.

Is Shakespeare really alive? Who are the mysterious characters? Who is running the drug's racket in Jeffrey's hometown of Sun City?

Will Jeffrey ever get laid? Will he ever get to bed?

Now available in a print edition for $30.00 postage paid anywhere in Australia. Cheques or money orders to: 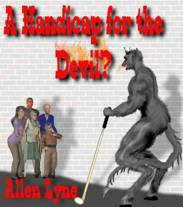 What happens when the meekest, mildest man on Earth is given a commission to tell humankind to extract its collective digit and reform or else the supreme-being will end it all?

How can one man--and a chronically self-effacing one at that--deliver this message? Will anyone believe him? Will the message cause violence and mayhem?

While Jonathan Goodfellow goes about the task of trying to convince people that he really has the message for them, the lawyers of the world unite to take over World Government.

The clash between Jonathan and his disciples leads to the last great confrontation between good and evil on Earth. It is Lawyers against Pensioners.

My writing has been compared to a cross between Douglas Adams and Spike Milligan.

Now available in a print edition for $30.00 postage paid anywhere in Australia. Cheques or money orders to:

HOW TO WRITE A PLAY

This is a useful book for beginning playwrights, or for older writers who want to brush up on the craft.

The book contains useful tips about writing, and also about working in the theatre.  There are several writing exercises in the book that have step-by-step instructions about different methods of writing plays.  The book also teaches ways to evaluate your own work and that of others and examines many of the pitfalls for new writers.

The lessons in this book should prove to be of use for writers in any genre, but have particular applications for those wishing to develop as writers of plays.

The book is also a good-humoured look at one writer's journey from novice to professional.

Not available in other forms at this time.